These abnormalities in your eye cause light rays to reflect and be perceived differently, which then gets the image you’re seeing jumbled somewhere between the lens of your eye and the signal to your brain. While these ailments may start out mild for some people, they almost always progress if not treated properly. Using glasses or contact lenses from WebEyeCare is one of the best forms of vision correction. In some cases, proper treatment still only slows the progression of the vision problem. However, the longer you leave it go untreated, the faster it will continue to progress.

Is it Better to be Nearsighted or Farsighted?

Well, in reality, neither one is good. However, is there any chance that one may be easier or more tolerable to live with than the other? There is no way to answer this question objectively. Whether being nearsighted or farsighted is easier depends entirely on your lifestyle. Your career, your home life, your daily commute, and so much more all affect your ability to function in daily life with these disorders.

For example, being nearsighted would be a substantial hindrance to anyone who drives frequently or for long periods of time on a routine basis. Not only that, doing so with untreated nearsightedness can be pretty dangerous. Something or someone may run out in front of you, and chances are you wouldn’t be able to make out what it is in time to brake. You also probably wouldn’t be able to read the necessary road signs as you pass them, which could put you and those around you in danger.

However, if you work somewhere that requires you to do a lot of reading, writing, or typing, being farsighted would probably get in your way every second of the work day. This can be especially problematic for people who work as programmers, doctors, and other precision workers. For example, a surgeon who can’t see things close to him may not be able to see what he’s operating on… which is bad for obvious reasons. 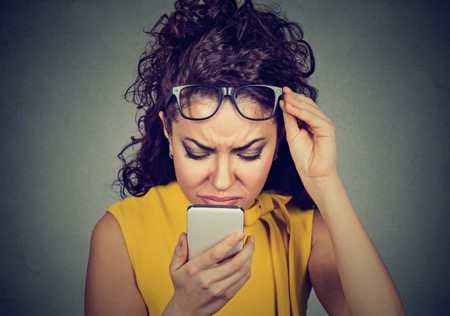 As a result, light is no longer focused as precisely on your retina as it should be, and focuses instead on the area in front of your retina. This results in blurriness when trying to look at something far away from you. Without proper treatment, your eyes are under a lot of strain to focus on these faraway objects, which can further damage the eye and cause myopia to become even worse than it already is. The longer it goes untreated, the quicker it will continue to progress.

If you believe you are nearsighted, it is recommended that you schedule an appointment with your preferred eye care professional as soon as you’re both available. One option to correct near or farsightedness is using Acuvue Oasys with 12 lenses to give you clear vision again. 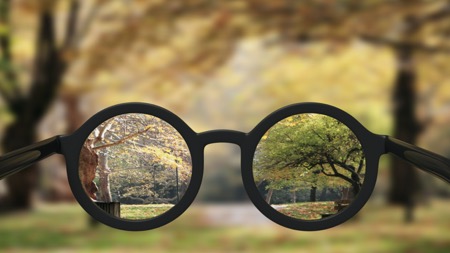 If the cornea or lens of your eye is not as curved as it needs to be, light won’t get reflected enough when it enters your eyeball. This results in something called a “refractive error.” A lack of smoothness or evenness in the curve can also cause farsightedness, though the other is more common. Since the cause of this ailment is the opposite of the cause of nearsightedness, it makes sense that the resulting vision problems are also opposing.

People suffering from farsightedness struggle to see things that are close to them, and have an easier time focusing on objects that are far away. It is estimated that this vision impairment only affects around 10% of the general US population. While it may seem easier to deal with than nearsightedness, it can be a significant issue if it gets severe enough.

Unlike nearsightedness, which doesn’t seem to be as affected by age, farsightedness is more common in the elderly. It can even appear in elderly patients that had previously had no signs of it or had issues seeing things close to them. Talk to your eye doctor about the right eyeglasses or contact lenses for this condition and start seeing clearly again!

Farsightedness is common in adults and people that have been alive for a while. It seems to progress with age, and can arise in people that had no indicators of it in the past. It can, however, be easily treated by wearing contacts or glasses specially designed for this issue. If the patient sees the need for it, they can even opt for Lasik eye surgery. People with farsightedness are frequently seen squinting to read or view things that are close to them and have a tendency to hold books or other reading materials at an arm’s length in order to get their eyes to focus better.

Nearsightedness affects roughly 40% of the United States population and doesn’t seem to discriminate by age. In fact, some children have shown symptoms of being nearsighted before they are even old enough to talk. These symptoms include (but are not limited to) getting in people’s faces in an attempt to see them better, sitting really close to toys, books, or the TV, and struggling to learn how to read or write due to an inability to see the letters properly. Fortunately, nearsightedness can also be easily treated with glasses, contacts, and Lasik eye surgery if needed. Getting treatment for nearsightedness as soon as possible is recommended because the longer a person with this ailment goes without treatment, the more severe it will get.

Although nearsightedness and farsightedness are almost complete opposites, they are fairly similar in some ways. They can both be fixed, either temporarily or permanently, with prescription eyeglasses, contacts, or, in some cases, Lasik eye surgery. Both can be a hindrance to a person’s daily life (one more than the other depending on how you live), but nearsightedness can be easier to notice and often occurs at a far younger age than farsightedness.

If you suffer from either of these illnesses, which a large number of Americans do, then you should attempt to seek treatment immediately. The longer you leave your ailment untreated, the worse it’s going to get. Fortunately, glasses and contacts are readily available from a number of suppliers, like WebEyeCare. So, for the sake of your eyes, you should at least call your preferred eye care professional and schedule an exam as soon as possible. Then, the two of you can discuss how to proceed from there.