People wearing glasses have always been a staple in comics, movies, video games, and other facets of pop culture. From the nerds wearing their geek glasses as a badge of their intelligence to characters like Clark Kent using glasses to hide their secret identity, eyeglasses have a wide range of applications within modern media. More and more, writers and creators have incorporated glasses into their stories to help their characters stand out from the crowd, not only as fashion accessories but often as symbolic parts of their character.

Of Geeks and Glamor: Characters and their Glasses

Glasses are a staple of the “secret identity” trope in comics and have been for years. Clark Kent hides his identity as Superman with a pair of stylish round glasses like this pair from Dolce & Gabbana while someone like Oracle sports a pair of fashionable thick-rim glasses like these Juliettes. While not traditional glasses, popular Japanese anime Sailor Moon features its lead male character taking on the disguise of the dashing hero “Tuxedo Mask”, donning eyewear to hide his identity from the other members of the main cast.

Often, glasses are used to visually represent characters’ disabilities. The Justice Society of America made waves when it featured Doctor Midnight (or Doctor Mid-Nite, depending on the iteration), a blind superhero widely recognized as the first mainstream hero with a physical disability. Some of the most popular comics characters today wear glasses as a major part of their character, such as Marvel's Daredevil similarly wearing sunglasses due to his own blindness. On a similar note, popular X-Men member Cyclops wears his iconic sunglasses as a way to control his laser vision. WebEyeCare has a wide variety of sunglasses to suit any look like these stylish Emporio Armanis.

How Glasses Got Their Know-It-All Status

Glasses and their ties to knowledge and insight are a concept that has existed since the days of fairy tales and myths. In the earliest fairytales and local mythos, crystal balls are a common element of stories, representing omniscience or at least knowledge beyond that of mere mortals.

The idea of glass or crystal being a sort of “window to the soul” is a concept that existed since ancient times. Glasses in modern times have taken on much of that same status. Glasses are seen as a symbol of intelligence, insight, and enlightenment, and many characters with glasses are portrayed as having advanced intellect or mental faculties.

Many fairy tales portray glass as having otherworldly intellectual and omniscient capacities. Among the most popular of these would likely be the Magic Mirror from the well-known fairy tale turned mega-successful Disney film Snow White. The Magic Mirror is a character with supreme omniscience, having knowledge of all things, and being able to tell all from its wall-mounted position. Another favorite fairy tale, Beauty and the Beast, also features a mirror with the ability to grant extra information; Beaty uses a magic mirror that allows her to keep an eye on her family.

Glasses and What They Mean

In many cases, glasses are more than just a fashion statement or a necessary part of life for characters. In many instances, glasses are tied to the concept of “insight” and having an awareness that goes beyond the ordinary, rather than just a tool for those without 20/20 vision. In the popular Japanese video game Persona 4, the main characters wear glasses as a means of inner sight, allowing them to “see through” a fog that serves as an allegory for being able to view the world for what it truly is. The concept harkens back to the origins of glass as a source of omniscience and insight, giving the wearer a clearer view of truth. 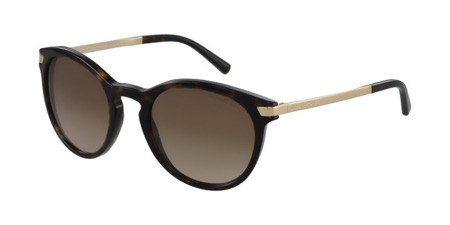 The idea of glasses providing a deeper look at the world as a whole is something that’s been explored within different types of media. Characters like Marvel's Hawkeye and Kate Bishop are often shown wearing glasses or sunglasses in reference to their excellent marksmanship, with their glasses alluding to a heightened sense of accuracy. Sage of Marvel's X-Menwears glasses that visually display, not only her advanced intellect, but also her ability to communicate telepathically. This gives her an understanding of others beyond that of normal people. Sage wears a pair of stylish sunglasses like the Michael Kors Adrianna III. 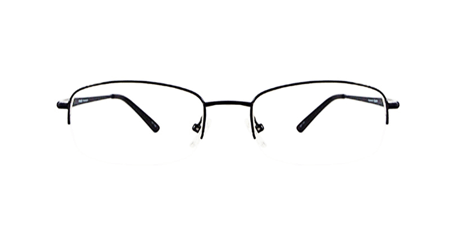 Rather than just a supplement for a character’s poor eyesight, glasses can be used as a status symbol to demonstrate a character’s superior intellect when compared to their peers. When he’s not rescuing civilians and fighting off the evil Magneto, X-Men’s Beast is often shown wearing glasses as a way of displaying the brains behind his brawn. Many characters, like Dexter from the popular cartoon Dexter's Laboratory and Dr. Venture from the adult cartoon Venture Bros, sport eyeglasses as a symbol of superior intelligence. With a pair of rimless glasses like these Boss frames, you can look like the one with all the answers!

The Appeal of Glasses: Function and Fashion

Glasses in the modern world have shed much of the stigma of being only for the “nerds” and socially inept. They’re now a fashion statement and useful tool for many popular characters in media and celebrities alike. Many people choose glasses over contact lenses for their cost-effectiveness and the extra protection they offer, as well as also for the signature looks glasses can bring to a person’s face.

Glasses offer a wide variety of lens materials and frame shapes to allow you to stylize and pick out the best look for you. You can see all of our options here to decide on your best look, like this pair from Vera Wang.

But, what do some of the most popular characters and celebrities of today wear as their glasses of choice? In modern Marvel movies, Tony Stark, better known by his superhero alias Iron Man, often wears stylish sunglasses like the Ray-Ban 0RB3549. One of the most iconic brainy characters in television, Scooby-Doo's Velma, sport a more angled square-shaped pair of frames like these stylish Cole eyeglasses. While playing the mega-popular role of Harry Potter, Daniel Radcliffe sported Harry’s iconic round glasses. You can rock your own wizarding look with a pair of Ray-Ban 0RX6378.

Eyeglasses have been a staple of pop culture for years and have gone through plenty of changes in how they are represented in media. No longer are characters wearing glasses portrayed solely as the nerds and geeks of the cast. Glasses themselves have gone under a renaissance and re-invented themselves as both a symbol of status and intellect and a fashion statement.

Glasses can mean so many things in modern media, from alluding to a character’s physical impairments or special powers to giving a character a suave, professional appearance. No matter the character, there is a pair of glasses that will fit them to a tee. You can check out all of our glasses and more information on how to get started buying your own pair right here on WebEyeCare.com!